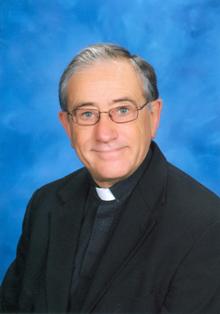 When I read through the Sacred Scripture for this Sunday, I was struck by one concept in the first reading from the prophet Jeremiah.  First of all, a little background.  Jeremiah wrote immediately before the great and horrible exile.  Jeremiah, you might remember, told the leaders to trust in God and not to make treaties with the pagan nations.  These treaties would demand the practice of pagan rituals, and the adoption of pagan immorality.  More than this, these treaties would be a rejection of something that was at the heart of the Hebrew People.  God had chosen them.  God had delivered them from the Egyptians, fought their battles for them and protected them in the past.  A treaty with another nation would imply that God would not care for his people.  At very best, the leaders would be hedging their bets.

Now while these leaders, these faithless shepherds, were rejecting God, they were also putting on the pious front. Externally they appeared to be religious.  In reality they were hypocrites.  Jeremiah was sick of their act.  He continued his attack against them. He piled the prophetic gloom and doom on thick.  But, then he did a 180 and spoke positively.  That’s the section that caught my eye.  Jeremiah prophesied a day when the leaders would be wise and just, a day when people would proclaim with their lives, “The Lord is our justice.”

The age of integrity began with Jesus Christ.  It must continue with us.

A day is coming when people will say, “The Lord is our justice, our integrity.”  That day is upon us.  We have in the past, and we can in the present be people who make the love of Christ a living reality in the world.  Jesus is with us.  Jesus is yearning to come out of us.  He is calling us to be the people we can be.

Many people in the world have tremendous needs.  They need true leaders to show them the love, the compassion of Christ.  They need us to be those leaders.  We can do this.  We must do this.